So, things have been pretty quiet around here…my bad.  The last month has been full of events, but the biggest one would have to be myself and my wee guy, Finnegan, boarding a plane and flying out to Alberta for a week to visit my in-laws. Yes, my in-laws. Also yes, without their son. Jeff stayed back here in Nova Scotia to work on school work (3 more weeks, people! THREE MORE WEEKS!) as the end draws near.

These goons love each other! 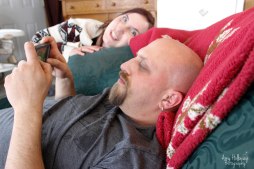 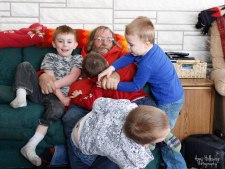 Finn and I had a great time. He is a great traveler, with minimal whining, and zero tears. It was fantastic! We were able to see a lot of old (and new) friends (but more on that later!) as well as family. Finn was able to see his cousins again, meet an uncle he had never met, and revisited Grandma and Granddad and all of his other aunties and uncles. With the time zone difference, the lack of sleep, and some weird phase that he seems to be going through (yeah, that one where I may NEVER LEAVE HIM ALONE), he was pretty cranky during the visit, especially with a lot of people around. That was a disappointment for me, however, he’s 19 months. What can you expect?? I was unable to get a grandparent/grandchildren picture WITHOUT Finn screaming his face off, but at least there’s one with all the current grandchildren! With my sister-in-law expecting, that photo will be outdated within two months, so there’s always a chance for another family photo later, right?! 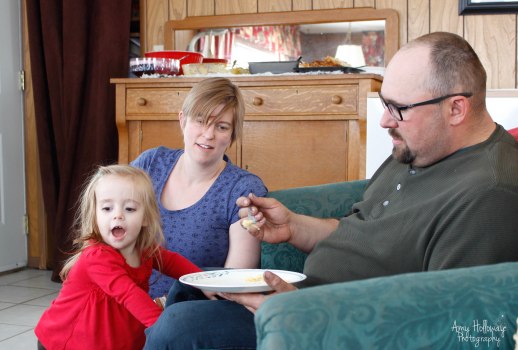 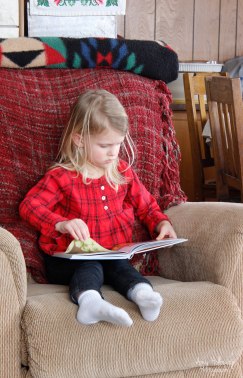 Livy, a real Holloway by blood, reading a book.

It was a wonderful trip overall, though! It was so nice to go out checking cattle with Les, drinking coffee, or rather, smelling the coffee that my mother-in-law was drinking, and re-acquainting myself with all my nieces, nephews, and sibling-in-laws! I sincerely look forward to going back out sometime soon, but with Jeff as well! 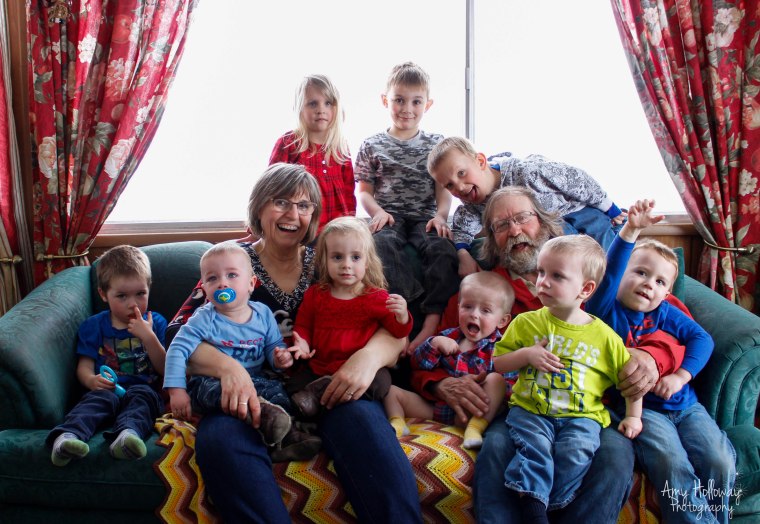