Father’s Day weekend was one for the books! Jeff, Finn and I headed up to Prince Edward Island for the first time ever for a wee holiday! After a stressful year at school, crazy schedules, and a LOT of ups and downs, we finally were able to get away for a bit of R&R.

My momma and I made plans to walk across the Confederation Bridge (that’s the giant bridge that crosses the Northumberland Strait between Nova Scotia and Prince Edward Island) at Bridgefest 150 in support of the IWK Hospital back in March.  Deciding to do this 13+ km walk was a bit intimidating for myself.  I had Finn in the beginning of September, was not physically fit before having him, and I was not extremely confident in my abilities. To be perfectly honest, I was still on the fence at 9:30 pm the night before the event. But, at 4:10 am on Father’s Day morning, I was awake and preparing for the trek.

I heard that over 10,000 people registered for the walk! Incredible! Of course, I forgot my camera at home that day.  But I did capture some shots of the bridge from the New Brunswick side on our way to the island. You should know, there are at least two significant hills in that thing!

Other than the fantastic walk (which we completed in great time – 2 and a half hours, beating our personal best!), Jeff and I enjoyed the sights of PEI. It is an amazing province with rolling, green pastures, potato hills, cows, trees, water, and big skies. We loved it! We enjoyed your typical tourist spots – the house that Lucy Maud Montgomery based her books Anne of Green Gables off of, Cavendish, and the National Parks (thank you, Parks Canada for making those parks free this year!) as well as our trip to North Cape to the Wind Energy Institute of Canada where I learned all about windmills and walked along the beach, while Jeff figured numbers and speeds and production in his engineer-y mind. Finn babbled in the stroller for pretty much the whole time – what a happy ‘lil fella! 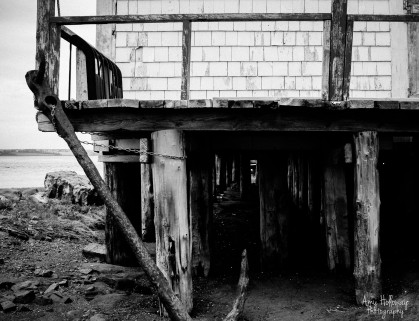 Sadly, I forgot my camera pretty much every time we went out, so I have very few pictures that I was able to take with my Canon, but I did get a few! I hope you enjoy them as much as I do! 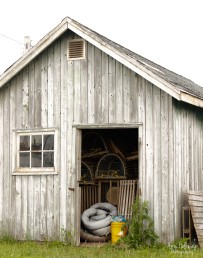 That’s all for now! I hope your Father’s Day was as enjoyable as mine was!